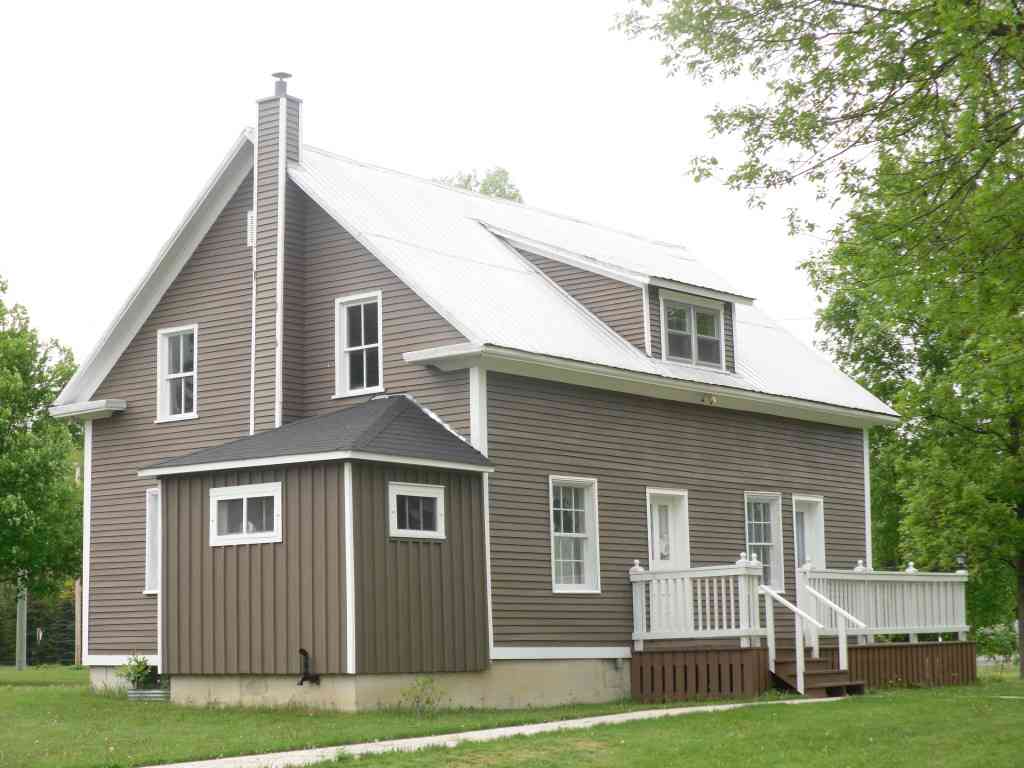 The Stuart Home, originally  from Wales, was owned by Dr. James Stuart, a surgeon in the King’s Royal Regiment of New York. Dr. Stuart had received a land grant  of five hundred acres in the Township of Osnabruck in 1783. It was on this land that the  Stuart home was built circa 1810, and five generations of Stuarts lived in this home on the Stuart tract, between 1810 and 2003. In 1957, the home had to be relocated to higher ground at  the north end of the Stuart tract due to the  flooding which would be taking place as a result  of the Seaway and Hydro Project. 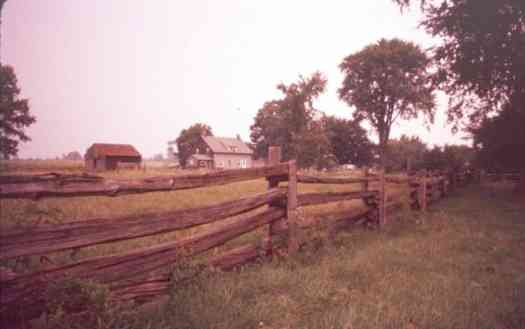 Stuart House on its original land.

At the  time of its move, the house was covered in a grey, brick-like fibre siding, known as  “insul-brick”.  The architecture of the  building has not changed significantly since it was first built, with the cornice returns still  evident on the gable ends. The one and a half storey home has a dormer over the front  door.

The Stuart Home being relocated to Ault Park in May of 2004. 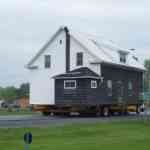 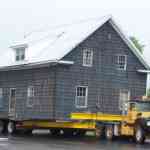 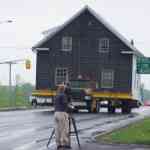 The home was donated in 2004 to the Society by Cheryl (Stuart) Griffith, the niece of the late Donald and Wilda Stuart. The move was made possible with the support of the South Stormont Council, Greg Sullivan who moved the house free of charge, and David Brown Construction who provided the new foundation, also free of charge. The Stuart home is significant to the members of the Society because it was the Stuart home, around the kitchen table on February 11, 1977, that Fran Laflamme put forth the idea of forming The Lost Villages Historical Society. 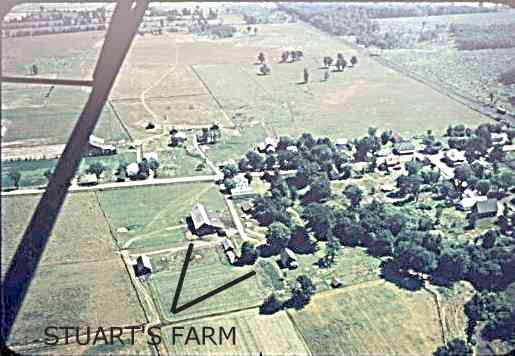 In a recent email from Cheryl (Stuart) Griffith, further information was provided to the historical society on the history of the Stuart house.  Deceased charter member of the historical society, Donald Stuart, recorded that the house was built in 1810, by Dr. James Stuart. Perhaps Donald should have used “circa 1810”, for information has come to light that Dr. Stuart was deceased by 1810.  In the restoration work being carried out at the site, it has been discovered that the house was built in two sections, with the original part being behind the right front door, (there are two front doors to the house).  The lath and plaster in the original part is certainly of an earlier period of than that in the kitchen area.  Thank you, Cheryl, for the information and the word “circa” will now be used when referencing the construction date. 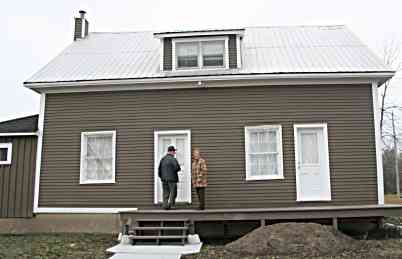 THANK YOU
A sincere “Thank you” is extended to Carl Peever for his tireless efforts in the restoration of the Stuart house, at the Lost Villages Museum. Since the house was moved to the museum site, Carl spent countless hours of volunteerism at the project. In a note to Jane Craig, Carl has indicated that he wishes to hang up his hammer and we all thank him for his dedication and hard work. As a sustaining member of our society, we hope that he will find another outlet at the museum or within the society, to display his talents.