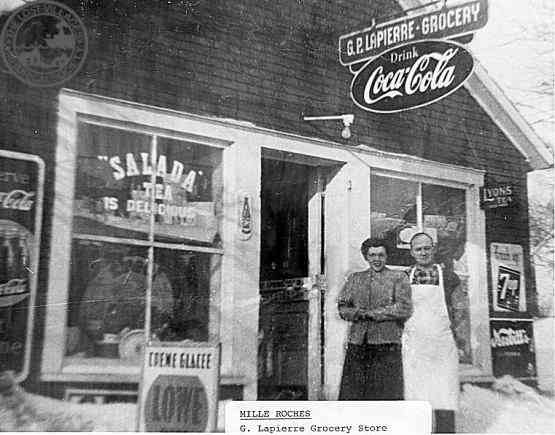 The Manson/Lapierre Store or the General Store, as it’s more commonly known, is a fine example of a typical working general store from any of the “lost villages”. This building came to the Lost Villages Museum site from Mille Roches and was originally part of a barn until Howard Manson moved it to a central location in the village in 1928 and  converted it into a store which he ran for a decade. The store moved through the hands of a few different owners. The last owners prior to the inundation were George and Elsie Lapierre. It was Mrs. Lapierre (now Mrs. Davis) who came to the Lost  Villages Museum site on July 1, 1998 to cut the ribbon to open the building to the public. 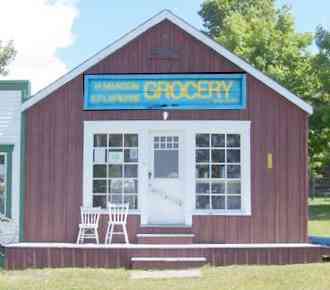 The deep window sills and the covered beam over the front door and window indicate that the structure was built with hand hewn timbers with mortise and tenon joints. These were uncovered during the restoration of the building. When the building was originally donated to the museum site it was covered in imitation brick siding which was removed due to its poor condition.

Upon removal three old metal signs were discovered under the imitation brick. Two of these may be found hanging on the east wall of the store, the third is just inside the barber shop door. 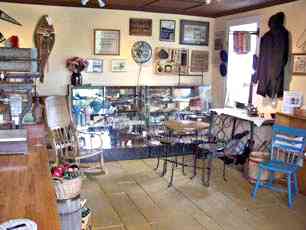 The inside of the general store has been outfitted to represent  what would have been sold in the  early general stores of the “lost villages”. The Lost Villages  Historical Society has collected and continues to collect artifacts specific to the time and, if at all possible, directly from the areas affected by the Seaway Project.  Some  examples of what can be seen are bottles, cans, bags, tools, pictures, calendars, furniture, etc. The cash register on the counter came from Markell’s Store in Wales and was a working cash register for the store until 2001 and remains as a genuine artifact on display. The ice cream parlour table came from Brassard’s Ice Cream Parlour in Wales and the chairs are from Henry Laflamme’s Ice Cream Parlour also once located in the “lost village” of Wales. 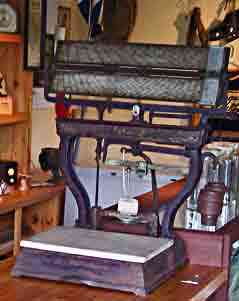 The produce scale came from the Dafoe Store in Aultsville, as did  the paper holders throughout the store.

You will notice that the clock on the wall is stopped at 8:00 am., the exact time that the cofferdam between Sheek’s and Barnhart islands was ceremoniously blown up, to allow the waters of the St. Lawrence River to flow over the 40,000 square acres of land on both sides of the river on July 1st, 1958, creating Lake St. Lawrence. A chilling reminder of inundation day.

The Manson/Lapierre General Store has a variety of items available for purchase during your visit to the museum site. From drinks and candy to souvenir items and historical books. Be sure to stop by. For a list of items available see our Items for Sale page. 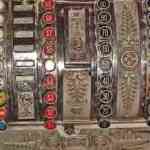 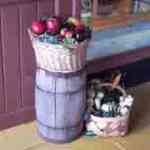 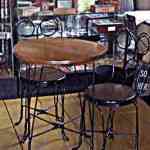 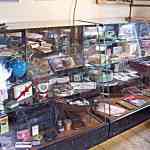 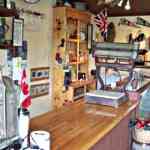