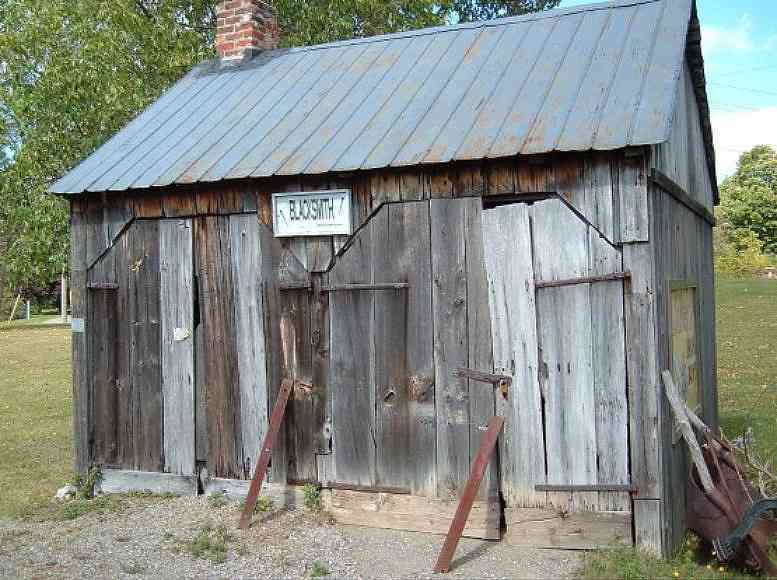 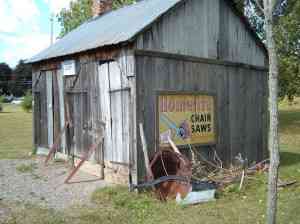 The Ernie McDonald Blacksmith Shop was originally built on the J. McDonald farm, Lot 1, Concession 3, Township of Cornwall. Interior evidence reveals that this structure was once a dwelling, or part of a dwelling, estimated to have been built circa 1850.

Partially planked walls, some of which were originally lined with brick, surround the single room, which served the blacksmith trade. The timber frame is held together with mortise and tenon joints. The restored chimney, of brick, rises above the forge of the shop. The exterior is of sawn lumber, and two large double doors open up from the side of the blacksmith shop. The blacksmith shop has been restored to its condition at the time of acquisition by The Lost Villages Historical Society in 1998.

The Ernie McDonald Blacksmith Shop was donated to the Lost Villages Museum by the Bob Buiting family. 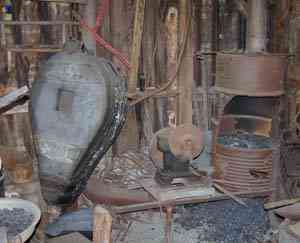