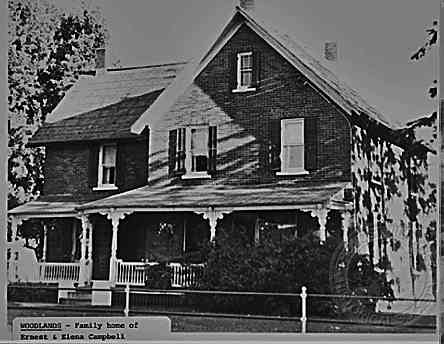 Woodlands, located mid-way between Farran’s Point and Dickinson’s Landing  along highway #2 was situated on the shores of the St. Lawrence River opposite Croil’s Island. Although the origin of “Woodlands” may be lost in time, it is believed to have been so named because of the heavily wooded shoreline and islands. 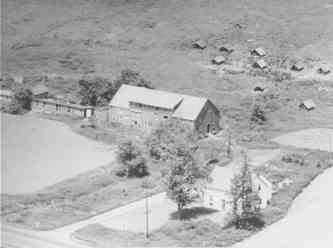 Woodlands grew around farms, all of which dated to the arrival of the United Empire Loyalists in 1784. During its existence, Woodlands boasted a post office, general stores operated by the Fickes and Baker families, and two churches, St. Matthew’s Presbyterian Church and St. Peter’s Anglican Church. (St. Peter Anglican church was moved long before the seaway.  Woodlands was best known to the many tourists who stopped at the cottages which lined Highway #2.  Ernest Campbell’s “Camp-Belle Cottages” and confectionery was a well-known establishment at Woodlands.

The only trace left of Woodlands today is the site of St. Matthews church, at the west end of the Long Sault Parkway. 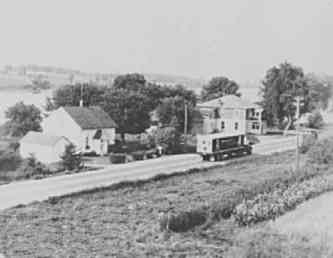 HARVEY FICKES’ HOUSE
View from the roof of the McLaren house, hwy 2, St. Lawrence river and Croil island in the background. 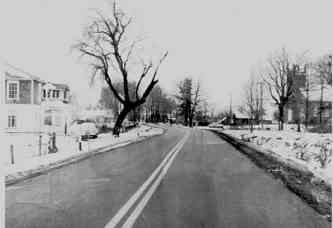 HWY #2 LOOKING WEST
W. Fickes house on the left and St. Matthew’s Church on the right 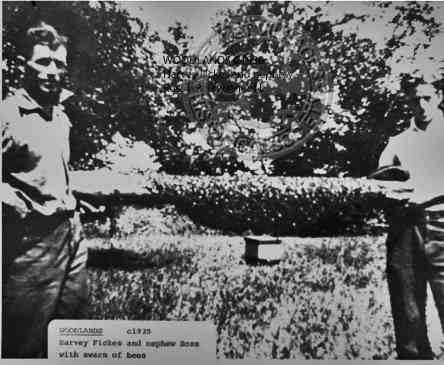 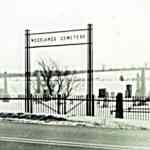 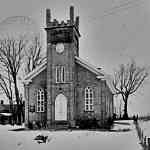 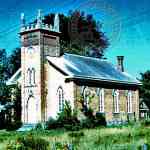 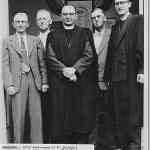 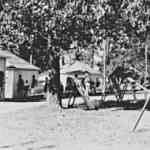 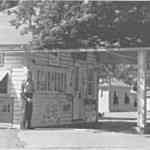 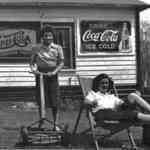 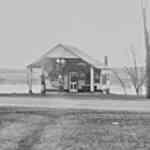 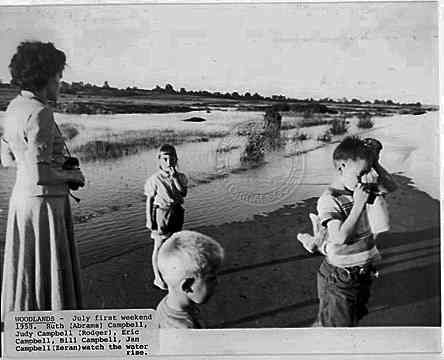